Patients who are having trouble breathing from a COVID-19 infection are showing up at the hospital long after a normal pneumonia infection is detected. That trend means more ventilators need to be used and more people are dying from the infection than need to. Lives could be saved if the infections were caught earlier. Now, an emergency doctor says in The New York Times that a simple pulse oximeter could slow down the number of patients needing ventilators and succumbing to the disease.

The opinion peice by Dr. Richard Levitan argues that since many patients have COVID-19 pneumonia but have not complained of breathing problems, they are not aware that something is slowly attacking their lungs. The infection is causing something called "silent hypoxia," a form of oxygen deprivation that is difficult to detect.

"But when COVID-19 pneumonia first strikes, patients don't feel short of breath, even as their oxygen levels fall," Levitan wrote. "And by the time they do, they have alarmingly low oxygen levels and moderate-to-severe pneumonia (as seen on chest X-rays). Normal oxygen saturation for most persons at sea level is 94 percent to 100 percent; COVID-19 pneumonia patients I saw had oxygen saturations as low as 50 percent."

He says that a simple, over the counter pulse oximeter will detect silent hypoxia. He argues that the simple device is reliable, simple to use — just attach it to a fingertip and turn the machine on — and "could provide an early warning system for the kinds of breathing problems associated with COVID-19 pneumonia."

"When we see low oxygen readings, we would bring patients in [and] we would treat them with oxygen. And a variety of positioning maneuvers where we lay people on their stomach," Levitan said to CBS Boston. "We monitor their blood tests for inflammatory markers and we would reach many more patients earlier in the disease."

Pulse oximeters usually run from $25 to $100 and work by passing a small beam of light through your finger to measure how much oxygen your blood is carrying. When your blood oxygen levels start to trend downwards, it could be a sign that your lungs are faltering.

"In COVID-19 patients, we often see that they look comfortable, but their oxygen saturation is significantly worse than normal," said Elissa Perkins, M.D., associate professor of emergency medicine at Boston Medical Cente. For that reason a home pulse oximeter "could provide valuable additional information about their disease."

However, the American Thoracic Society and the American Lung Association feel that most people do not actually need one, but should have one if they have specific respiratory conditions that would require it. In the absence of those conditions, frequently checking a pulse oximeter could lead to increased anxiety, according to ABC News.

"There is no good role for a pulse oximeter for an otherwise healthy person who doesn't have access to [supplemental] oxygen," said Jamie Garfield, a volunteer medical spokesperson at the American Lung Association and an interventional pulmonologist at the Temple Lung Center in Philadelphia.

Some doctors warn that the value of a pulse oximeter during the pandemic is limited. Furthermore, most are not intended for medical use and have not been put through the same rigorous testing and review as medical-grade oximeters, according to Lex Schultheis, M.D., research professor of bioengineering at the University of Maryland in College Park.

"Most infected people will survive this infection, and will never need a visit with their doctor, let alone hospitalization," said Mark Levy, a family physician in Seattle. "For those who are sicker, monitoring pulse, respiratory rate, and other low-tech things like how someone looks and feels may be all that is needed."

For his part, Levitan recognized some of those problems. "People using the devices at home would want to consult with their doctors to reduce the number of people who come to the E.R. unnecessarily because they misinterpret their device," he wrote. He believes that everyone who has tested positive for COVID-19 should have pulse oximetry for two weeks to see if an acute lung infection develops. 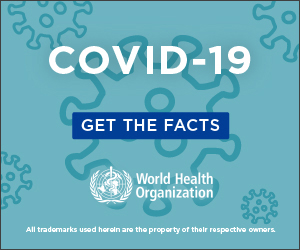 He added, "All persons with cough, fatigue and fevers should also have pulse oximeter monitoring even if they have not had virus testing, or even if their swab test was negative, because those tests are only about 70 percent accurate. A vast majority of Americans who have been exposed to the virus don't know it."